What I Have Read and Why

That I am a librarian is not really a surprise to anyone who knows me. Although my formal education was in the area of science and I worked as a scientist, I grew up in a home where books were given as gifts at Christmas and on birthdays.  My home has hundreds of books, ranging from classics, to biographies, poetry, and Catholic theology.

I have often gone through what I deem "periods" of reading, where I read much of the same genre of book. In my teens I read almost anything, especially if it was banned or considered risque. My older brother was a huge science fiction fan, and I often read books he had left lying about; Andre Norton, Ray Bradbury, Frank Herbert and others. From this I developed a love of science fiction, and you will find many reviews of science fiction books on this blog.

I went through an entire John Wyndham "period" where I read almost every book he wrote and back in the days of "snail mail" even sent away to Britain for some of his books. I still have a huge collection, old and yellowed now, of his incredible, unique novels. If you've only read his better known books, The Chrysalids or The Day of the Triffids, you are missing out on this writer whose stories, especially his short stories, are both innovative and at times deeply disturbing and though-provoking.

I also read dozens of Canadian literature books because I was interested in the early immigrant experience in Canada. Hugh MacLennan's Barometer Rising, Frederick Phillip Grove's Settlers of the Marsh, and Morley Callaghan's They Shall Inherit the Earth are just a few of my favourites.

I have also read many 18th century classics. Inspired by my father who told me he studied Dickens novels in high school, I decided I needed to read these books. I ploughed through most of Dickens novels but strangely, Jane Austen remained largely unreadable to me, until I was much older. 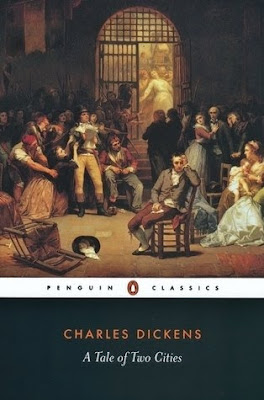 Since my father was a World War II veteran, I became interested in his experiences during this war. He told me much about his time overseas, after enlisting at the age of 19. I began to read books on World War II including those of Adolf Hitler, John Keegan and the 1200 page tome of William Shirer, The Rise and Fall of the Third Reich. There are many others I haven't yet read such as Winston Churchill's The Second World War.

I have always been a life long student of my Catholic faith, and I've read more books on Catholicism than I can remember. These books have covered almost every aspect of the faith including theology, spiritual development, lives of the saints, the popes, new feminism, history from a Catholic perspective and Catholic morality. In fact, I own more books than I've read on Catholicism, something I hope to remedy.

In the past decade I've read most of Jane Austen's books. Other favourite authors include Anthony Trollope, Elizabeth Gaskell, Willa Cather, Thomas Hardy, Anne Bronte, Charlotte Bronte, Edith Warton, Alexander Dumas, R.J. Tolkien, Baroness Orczy and Sigrid Undset. I highly recommend Undset's Kristin Lavransdatter and The Master of Hestviken but also Gunnar's Daughter. Undset's novels are such that they can be re-read and should be re-read over one's lifetime. Each time, new aspects and nuances will be revealed to the reader.

This takes me back to where I first began - as a scientist. You will notice more and more posts about books written for younger readers about women scientists. When I began my career as a geologist almost 40 years ago there were few women working in the field and in many other areas of science. Often the contributions by women scientists have gone unrecognized and definitely unrewarded. I hope that by publishing reviews of the many picture books and juvenile fiction novels being written today about these women scientists, that this will inspire teachers, parents, home schoolers and others to pass their stories along so that young girls will reach for the stars, look for those shiny rocks, solve the unsolvable equations and discover new things.

What I Read and Why

LibrisNotes is exactly that - notes and analysis on books I've read with a few movies and some music thrown into the mix. I like to do detailed plot summaries mainly because I read so many books that sometimes I forget the finer details of the story line. For some readers this may ruin the book. I apologize for that. For others, the detailed summary will be a benefit.

The opinions on this blog are mine. I critique a book considering the plot, characterization, the themes presented, and what the author is trying to tell his/her readers. I recognize that authors spend a great deal of time working to craft a good story. I am often surprised at how many people write reviews which demonstrate they have missed the point of a book entirely. I try not to be too critical, since the craft of writing is a personal endeavour and a difficult one to master. I hope I encourage and promote.

I believe that there is a reason for having read each and every book. Sometimes I feel compelled to read a certain book, other times it is simply out of pure interest. I believe reading is a personal journey, and that God can sometimes speak to us through the books that he directs us towards.

Many books lead me to learn more about a specific subject or time period in history. For example, when I read My Home is Beyond the Mountains by Cecilia Barker Lottridge, I was motivated to learn more about the Armenian Genocide, a controversial event in 20th century history. Some books explore the ethical questions that modern man encounters. One such novel is The Unit by Ninni Holmqvist.

So, please take the time to read some of my posts. I hope my blog leads you to consider books you might otherwise have passed over.