Set in apartheid South Africa, in 1989, Cape Town tells the story of Renee Pretorius, an Afrikaner who leaves her family's sheep farm in the Karoo to study at the University of Cape Town ballet school.

Renee is met in Cape Town by her Aunt Lena who takes her to a single woman's hostel for Afrikaans, Huis Marta, because she is not allowed to stay at the university residences which are considered "hotbeds of sin" by her strict Dutch reform family. At Huis Marta Renee meets Nicolette Dupreez, a liberal Cape Town woman, who helps her adjust to the big city.

Cape Town is fascinating for Renee because for the first time she sees many Whites, Blacks and Coloureds (people of African, European and Malaysian heritage) together in one place. Her initial feelings are of dismay.


"...She was surprised to find herself walking next to a girl of mixed race, dressed much more fashionably than she herself. Ahead strolled three or four Africans. Like the White students, they were wearing jeans.
As she hurried past, one of them stepped to the side. His hand brushed hers. Why such people were being accepted at the University of Cape Town instead of being sent to their own universities where they study with others of their kind, she couldn't imagine."

At the ballet school, Renee meets Meryl Aldwych, a second year student, first year student Charmaine, and Dion October a Coloured boy from Manenberg on the Cape Flats. Renee finds that she is somewhat behind the other students in technique but she works hard to improve and is one of ten students chosen to take the pas de deux class.

As Afrikaners, Renee's family believe that "the state was divine and that the Afrikaners had a God-given right to be arbiters of the pagan people around them." But as Renee meets more people, of different backgrounds and races, her views on Blacks and Coloureds begins to slowly change. 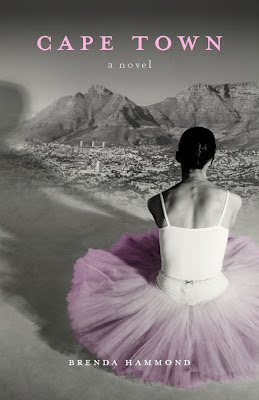 When she has to write a biography on a famous dancer for her History of Dance class, Renee heads to the library to find books on her favourite dancer, Anna Pavlova. There she meets the blond, pony-tailed English man she and her aunt saw at an anti-apartheid demonstration when she first arrived in Cape Town. Andrew Miller is an architecture student, in his fifth year and working on his thesis. Despite their disagreement on apartheid and politics, Renee's attraction to Andrew grows, even though she knows her parents would never approve of her relationship with him. For one thing he's English and for another he is very liberal.

As her friendship with Andrew grows, and he introduces her to new ideas that are different from her strict Dutch Reformed upbringing and explains position of the anti-apartheid protesters. He explains to Renee why he believes the government of South Africa is unjust and its policies must be changed.

All of this creates a great deal of conflict both within Renee and also between her and Andrew.  Renee finds herself questioning the beliefs of her family. When she attends church with her Aunt Lena and the dominee tells the congregation that modern entertainments including live stage shows are corrupting, Renee struggles to understand how something like ballet could be wrong. "Surely the human being's ability to create beauty must be a God-given gift?" she wonders. She also tries to understand her religion's teaching on premarital sex. Renee also experiences deep conflict because she knows she is in a forbidden relationship without her parents knowledge.

She questions not only her family's religious beliefs but also their political and social values. Through her conversations and arguments with Andrew, Renee begins to wonder about her father's involvement in apartheid. Is her father is a member of the secret brotherhood, the Broederbond, which was instrumental in creating apartheid in South Africa?

Her brother Etienne who works in military intelligence is used by Hammond to voice the views of the ruling white class in South Africa.  Etienne  warns Renee to be careful about who she associates with. He tells her that the army has students who inform on others and that she ought to be aware that she could be watched. When Renee questions her brother about the arrests and the state jailing children, she is astounded to learn that he believes these children are better off in jail.

She also struggles to understand Andrew's role in the Struggle. Is he a terrorist? What exactly is his role? Too afraid to ask at first, she can't decide whether to continue seeing him or not. Eventually Renee grows to not only love Andrew but to admire him for living according to his convictions.

Renee's attraction to Andrew becomes so intense that they become intimately involved. This sets up even more conflict for Renee because she is going against her religious beliefs in the area of sexual morality AND she is in love with an activist that is working against the political order that her family is a part of.  More and more Renee comes to realize that she might have to choose either Andrew or her family and circumstances force her into this scenario. When her parents learn of her relationship Renee must decide whether she will live by her parents values or stand up to them and live according to what she believes in.

Brenda Hammond has written a poignant, coming of age novel about a young girl in a troubled time. The late 1980's were a period of drastic and rapid change throughout the world, with the fall of the Berlin wall and the collapse of Communism in Eastern Europe as well as the eventual fall of apartheid in South Africa.

Renee is a well crafted, endearing character whose struggles many of us can identify with. She must decide the values she will live her life by - something all of us must come to at some point in life. Hammond effectively portrays Renee's journey from a young person who believes everything she's been told by her parents to a more mature person who begins to critically examine the world around her and also the society she lives in.

Aunt Lena is the typical character whose function it is to point out what happens when we do what others expect of us and not what we want in life. A host of other interesting characters round out the storyline. The loveable Kokadais, the family servant who is more aware of the changes in Renee than her parents; Dion October the second year dance student and Coloured; and the faithful Nicolette who helps Renee numerous times.

A map would have helped young readers understand the setting better and an Author's Note on South Africa and apartheid would have been helpful too. The lovely cover, the unique setting and the touch of romance should draw in older teens and young adults. Another well written Canadian novel for teens.

Thanks for this thoughtful review. I appreciate what you wrote re the map and a note on South Africa. I'll try to add these to my website soon!